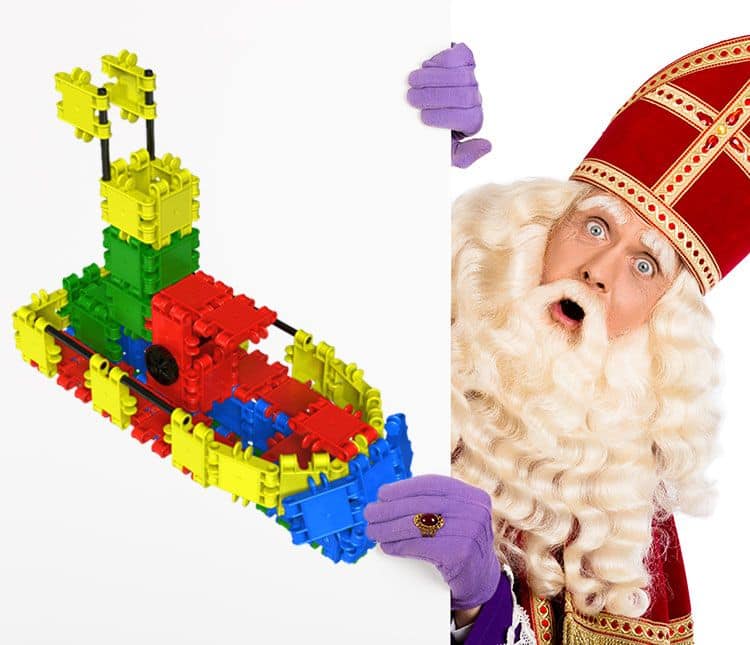 Just for once, let’s turn the tables. Saint Nicholas surprises you year after year with the coolest toys and the sweetest candy. It’s about time for you to bring Saint Nicholas the biggest surprise of his life. What if this year, you are not preparing your shoe, but a steamboat for Saint Nicholas and his servants? Apart from hours of fun playing with educational toys, you’ll also get a mega-big ‘shoe’ out of it. Believe us, this steamboat surpasses your shoe size with ease! (Which means it can contain an awful lot of presents. ☺︎)

By the way, is your wish list for Saint Nicholas ready? Surely with a steamboat this big goes a substantial list, right? This is a tip from Clics: Quickly send Saint Nicholas a message that he’ll find the most fun educational toys online bargain-priced on the Clics offer pages. This way, with a little help from Saint Nicholas, you’ll be able to further enlarge your Clics collection. Who knows? Maybe next you’ll build a Clics version of Saint Nicholas’ horse. Or a palace for Saint Nicholas and his helpers, or…

It won’t be long now before Saint Nicholas comes. If you try your best, you can even smell the gingerbread treats already. Time to start building your Clics steamboat! We are quite sure Saint Nicholas will remember visiting your ‘shoe’ for a very long time! Do you need extra Clics building blocks to build your steamboat? Clics delivers within 3 working days when ordering online. Don’t miss the Clics offer with discounts up to 60% on all Clics!